Faw is one of the most popular manufacturers of four-wheelers which has a widespread presence in Pakistan. It has been over a decade since Faw launched its operation in the country to offer an economical alternative to unreasonably expensive Japanese brands. The low-income buyers were already waiting for such a price efficient commercial vehicle. At the same time, in addition to being a commercial vehicle it also offers a complete solution for the comfortable family travels.

The project was launched in collaboration with the Pakistan based Al-Haj Group. Offering greater space, economy and fuel efficiency, it did not take much for the vehicle to win the hearts of the users. Meanwhile, the Faw X-PV price in Pakistan is significantly low as compared with the competing brands. Now the company has a country wide dealer network with offices and sales centers in all the major cities. Ultimately, Faw has become a renowned company and a market dealer in the heavy vehicle market segment. 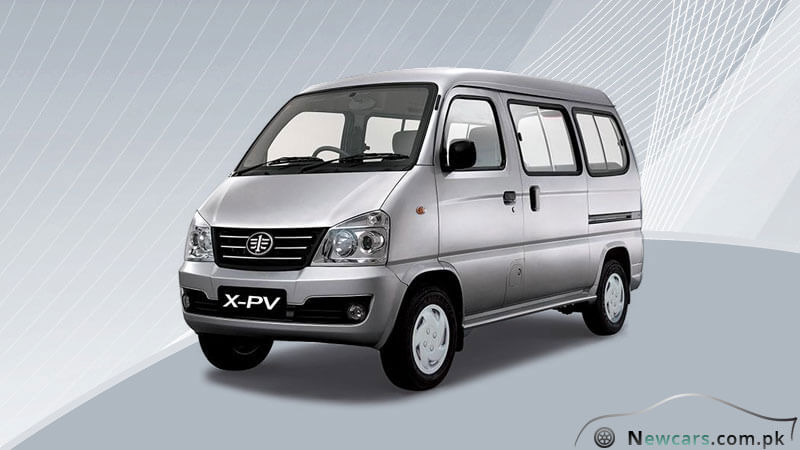 A standard car has the seating capacity for a driver and three passengers. Somehow, it can accommodate a fourth passenger but not more than that. So, it can serve as the perfect travelling companion only for small families. But what if you have got a large family with around six or more individuals? Obviously, you will have to look for a vehicle which offers some extra seating capacity. But with increase in seating capacity, the price goes on multiplying and you are very likely to encounter the issue of affordability. So, what to do then? Under such disappointing circumstances, the 8-seater Faw comes to your rescue.

With such a large passenger carrying capacity, it turns out to be an ideal choice for touring purposes. Meanwhile, it is also important to note that an increase in the number of seats is not at all at the cost of the comfort. Rather a roomy interior is itself an important factor contributing to the comfort level of the travelers.

The new Faw 2018 is powered by a technologically advanced 1000cc engine which can generate the force of up to 60 PS @ 52 revolutions per minute. With these specs standards, though the X-PV cannot be rendered suitable for off-road driving, but it does offer an energetic on-road travel. It features the advanced Synchromesh 5-speed manual transmission system to ensure smoothness and stability on the way.

Powered by an already fuel-efficient engine, Faw offers another option to save you money by making the travel less expensive, i.e. the use of petrol as fuel. Petrol is less expensive than the diesel.

The Faw’s equipment and seats have been installed on the comprehensively strengthened body. The body is more robust and has been engineered to offer better safety on the road. It is better able to resist shocks which it may have to encounter in case of unfortunate road accidents.

People say, ‘time is money’ but I don’t agree with them on this point. I say, it is much more than that. If not everything, it should be at least more than just money. I mean to say people always want to save as much time as they can in every type of activity including journeying or touring. Against less than nine lakh rupees Faw X-PV price in Pakistan, the Chinese four-wheeler also offers a fast travel. 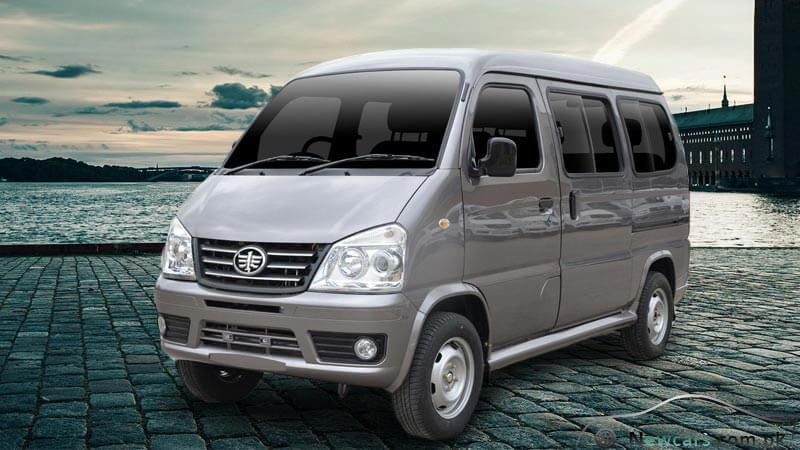 The 1000cc (more precisely 970cc) engine of the Faw generates enough power to make it run as fast as 110 kilometers per hours. With this speed, you can travel the distance between Lahore and Multan in just around three hours. On the other hand, even the fastest traveling Daewoo service takes at least four and a half hours to get you there.

The environment friendly behaviour of the Faw also deserves attention. Well, the machine of the 8-seater X-PV is based on the latest Euro 4 emission standards. The Euro 4 feature makes the vehicle less harmful to the environment by reducing carbon emissions. The low carbon emissions, on the other hand, also ensure greater fuel efficiency.