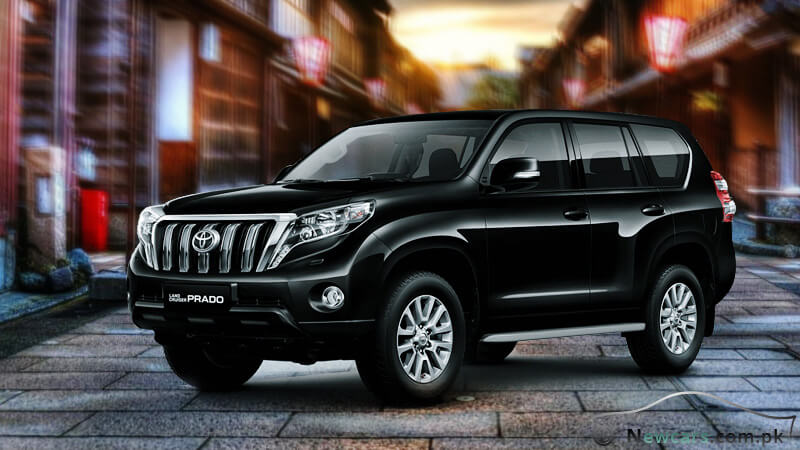 Boasting over 60 years of glory, the new 2019 Cruiser is now set to conquer the roads and give an exceptional all-terrain performance. Based on Toyota’s revolutionary J150 platform, the Prado is a mid-size 4WD vehicle from Toyota’s globally celebrated Land Cruiser range.

The word “Prado” literally means “field” or “meadow” in Portuguese. The first generation of the Prado emerged in 1990 as a revamped trim of its predecessor, Toyota J70. The transformation involved the redesigning of engine hood, front fenders, front grill and the headlamps. The body-on-frame design of the Prado made it a highly capable off-road vehicle. However, it was marketed toward on-road use.

The second generation of Prado was launched in 1996 as a result of the upgradation of J70 to J90. It remained in vogue till 2002 when the 3rdgen J20 Cruiser made its way to rule the roads. And now it is the reign of the 4th gen Prado from 2009 onwards.

Currently in its 4th generation, the king of the road is available in three major trims, viz.

The Toyota Land Cruiser Prado 2019 price in Pakistan varies between a little over two crore rupees to nearly three crores across different variants.The first two variants (i.e. the 3.0 Diesel Turbo M/T and 3.0 Diesel Turbo A/T) are powered by 4461 cc engine while the third one (4.0 Petrol A/T) gets its energy from an even more powerful 4608 cc machine.

The maximum power output by different Cruiser trims ranges between 162 to 227 kW. Obviously, the whopping 227 kW power output comes from the 4.0 machineof the XV (Petrol) variant which is also the most expensive one in terms of the Toyota Land Cruiser 2019 price in Pakistan.

In Pakistan, the Prado is offered as a 5-door car. In the international market, on the other hand, its 3-door variant is also available. In the automatic trims, the gearbox is integrated with 6-speed electronically controlled transmission technology which offers enhanced both performance and increased fuel efficiency. 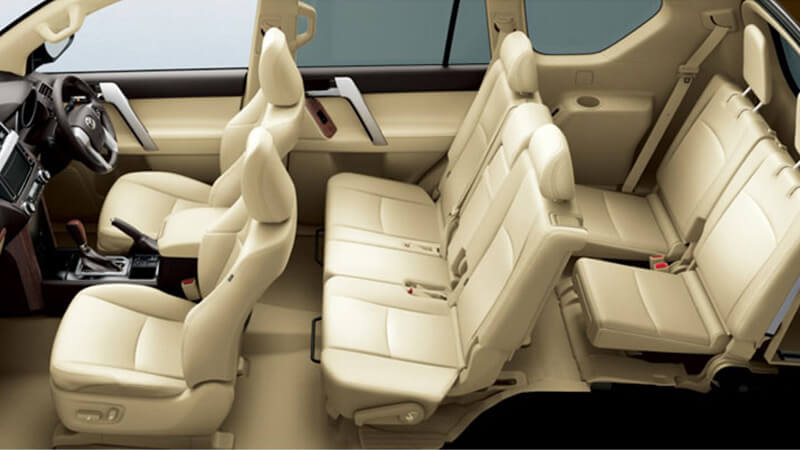 In addition to offering extraordinary luxury, the interior brims with space both for the passengers and their luggage. In the whopping luggage compartment space of 259 liters, you can easily accommodate all the small, large and odd-shaped items. 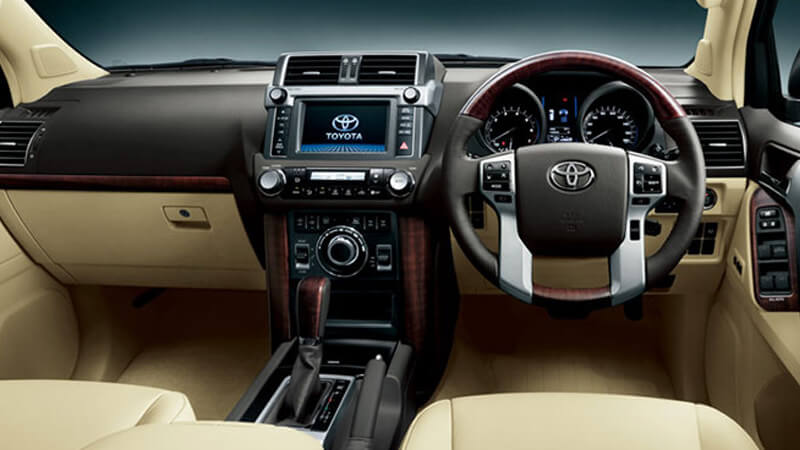 A product of the expansive design, the interior exudes a distinct sense of authoritythat pervades the spacious cockpit of the Cruiser. It offers a seamless and creative blend of high quality with user friendly functionality.

Listed below are some of the cutting-edge specs in the interior:

Being a fully integrated media system, the Cruiser’s in-dash entertainment system offers a color touchscreen with drag and flick capabilities. Its advanced audio system is compatible with smartphones and USB devices. Meanwhile, it is also equipped with the telephone sync functionality, so you can easily route your smartphone to connect it with your Prado while driving calmly.

Bringing luxury to your side, the dual rear seat entertainment system empowers you to experience an added level of entertainment. Here the passengers on the rear seats can engage separately with their own dedicated display without facing any hassle, while watching videos, movies and much more in ultimate luxury.

In addition to offering ease in engagement with your rear seat entertainment, the central console on the rear is also integrated with Dual AC. Meanwhile, the buit-in climate control functionality allows you to adjust temperature to best suit your needs.

The multi information display (MID) system of the vehicle sits comfortably at driver’s eye-level. It delivers information related to vehicle’s performance, such as speed, angle of the steering wheel and so on. Here you can also get info about the present mileage.

Exuding grace and grandeur, the specs on the exterior render the Prado its characteristic appearance. Some of the praiseworthy attractions on the exterior include bold and muscular chrome front grille, sharp and impressive projection headlamps, strong fog lamps, and cool rear lights. 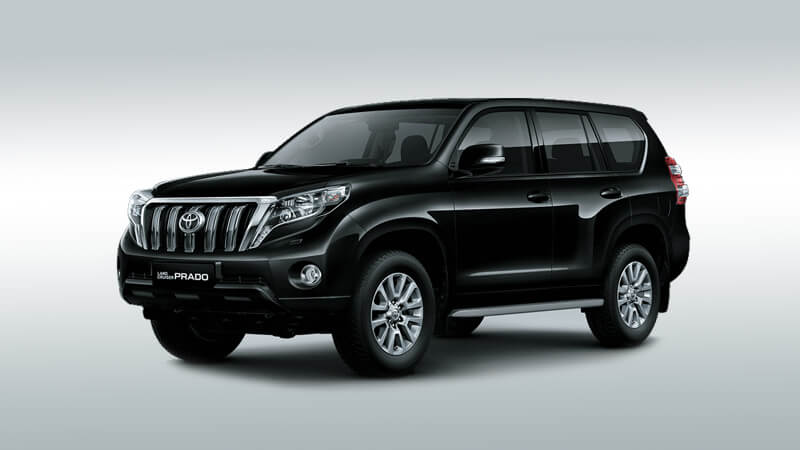 The king of roads and the conqueror of terrains and temperatures, the Prodo’s performance invites countless stares. This is what offers justification to the seemingly unreasonably high Toyota Land Cruiser 2019 price in Pakistan.

On the basis of its exceptional performance, the Cruiser has come to be regarded as the symbol of quality, innovation and capability. The very essence of power and elegance emanates from the advanced styling of the latest model. Particularly, the rugged sophistication and improved exteriors leave the eyes of the onlookers wide open.

The Prado supports as many as five drive modes. And you can choose anyone of these at the touch of a dial. This revolutionary system offers the optimum traction you would direly need to handle a wide range of road surfaces.

When the Crawl Control is active, the AUTO mode gets automatically turned on. Meanwhile, the activation of the Active Traction Control corresponding to the pre-set vehicle speed helps the drivers of all levels to enjoy a highly secure and sure-footed control on the rough terrains.